The decision of the European Court of Human Rights (ECHR) to block the deportation of asylum seekers to Rwanda may be entirely predictable, but what is surprising is the speed with which she rendered her judgement.

As Work and Pensions Secretary Therese Coffey said on Radio 4’s Today program yesterday: ‘I have never experienced such a quick decision taken by anyone at the ECHR.

The Strasbourg-based tribunal, which has nothing to do with the EU but was founded in 1959 in the hope of preventing another Nazi-like regime from trampling on human rights, has a reputation well-deserved sloth.

At the end of 2018 (before any pandemic effect) some 10,000 cases were awaiting a first judicial examination. Of these, 1,500 had been waiting for more than a decade – almost as long as the 12 years the Nazis were in power.

Yet somehow, out of the blue, the ECHR managed to muster the energy to spring into action and thwart the British government’s efforts to crack down on human trafficking by employing a facility offshore processing in Rwanda.

The decision has – once again – raised the ears of MPs, who see the ECHR as a highly politicized body using a loose interpretation of human rights to interfere in decisions that should be the domain of the democratically elected parliament. of a country.

Even Tony Blair, who oversaw the passage of the Human Rights Act – incorporating the European Convention on Human Rights into national law – was later exasperated when the ECHR began to thwart its efforts to combat Islamist terrorism in the aftermath of 9/11.

Ironically, the ECHR includes judges appointed by many countries that themselves do not respect their human rights records, including Russia, Azerbaijan, Serbia and Albania.

Will Rwanda’s decision prompt the government to do what it has been threatening to do for over a decade and withdraw from the ECHR and the European Convention, instead drafting a British Bill of Rights?

Don’t bet on it. Whenever the idea has been proposed, the hand of the establishment seems to have been felt on the shoulders of ministers.

Abu Qatada successfully sought asylum in Britain in 1993, quickly gaining a reputation as a preacher of hate. In 1999 he was convicted in absentia of conspiracy to cause explosions in Jordan, but efforts to deport him – even after approval by the House of Lords – were thwarted. 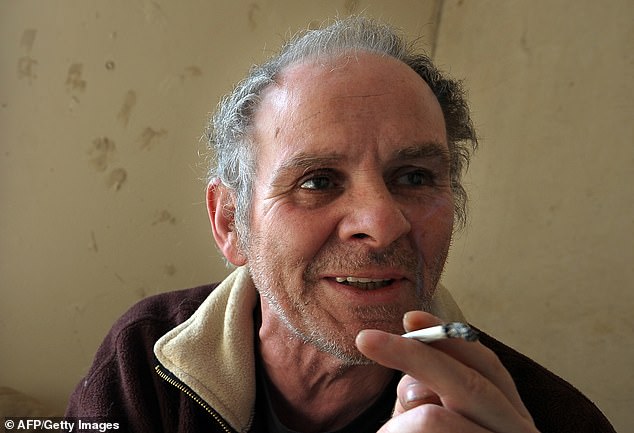 In 1980, John Hirst killed his landlady and was sentenced to 25 years in prison for manslaughter. He then complained that he could not vote, and the ECHR agreed, ruling that no prisoner should be denied the right to vote.

Boris Johnson has his own intimate connection to the court. His grandfather, Sir James Fawcett, was President of the European Commission of Human Rights between 1972 and 1981. It was the body which, until citizens had the right to present cases directly at the ECHR in 1998, decided which cases should and should. t be taken to court. Three years ago, former Supreme Court justice Jonathan Sumption used the BBC’s Reith Lectures to claim his justices went too far and engaged in what amounts to a power grab by elected politicians.

The result is that many of the 315 judgments in which the ECHR has ruled against the UK since 1975 have been perverse at best – as this analysis reveals.

In 1980, John Hirst killed his landlady and was sentenced to 25 years in prison for manslaughter. He was upset to find out that as a prisoner he was not allowed to vote.

In 2004, the ECHR ruled that Britain was wrong to deny all prisoners the right to vote. The then Labor government appealed the decision and lost.

Fortunately, in this case at least, neither the Labor government nor any subsequent government obeyed the evil decision.

2009 – Ruling Against Deportation of Nigerian Criminal

How bad do you have to be to convince the ECHR that you deserve to be kicked out of your adopted country? Worse, of course, than Steven Omojudi, sentenced in 1989 to five years in prison for theft and criminal association.

Despite this, the Ministry of the Interior gave him a second chance and granted him a residence permit from 2005. The following year he was imprisoned for sexual assault.

In 2007, then Home Secretary John Reid ordered his deportation to Nigeria. The ECHR ruled that his deportation breached his right to family life – and awarded him €9,000 in damages.

The ECHR ruled that the detention of 11 men, suspected of terrorist offenses under the Anti-Terrorism Crime and Security Act 2001, was unlawful as it violated their right to liberty.

They received £26,000 in total, with radical cleric Abu Qatada receiving £2,500. Exactly what Britain was supposed to do with terrorism suspects in the aftermath of 9/11, the court did not explain. 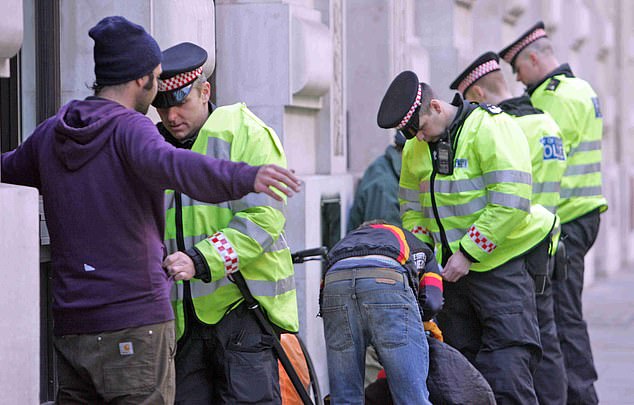 The names of Kevin Gillan and Pennie Quinton don’t quite stand out in the annals of historical injustice. The two men were held for less than half an hour while police stopped and searched them outside the defense systems and equipment display at the Excel Center in London’s Docklands in 2003.

You might think the police acted reasonably, in the aftermath of 9/11, by searching people they believed were acting suspiciously outside a defense exhibit. But both men were so aggrieved that they took their case to Strasbourg – and won.

Abdisamad Adow Sufi and Abdiaziz Ibrahmin Elmi have been convicted in Britain of burglary, death threats, theft and class A drug trafficking.

But when it came to deporting them at the end of their sentence, the ECHR ruled that this could not go ahead as they risked being killed or injured because Somalia was in a state of civil war. – and that this would violate Article 3 of the European Charter of Human Rights. Human Rights Convention.

Abu Qatada successfully sought asylum in Britain in 1993, quickly gaining a reputation as a preacher of hate. In 1999 he was convicted in absentia of conspiracy to cause explosions in Jordan, but efforts to deport him – even after approval by the House of Lords – were thwarted.

The ECHR ruled that Qatada could not be sent to Jordan because there was a risk that he would be tried on evidence obtained by torture. He was eventually deported the following year and cleared of terrorism charges. 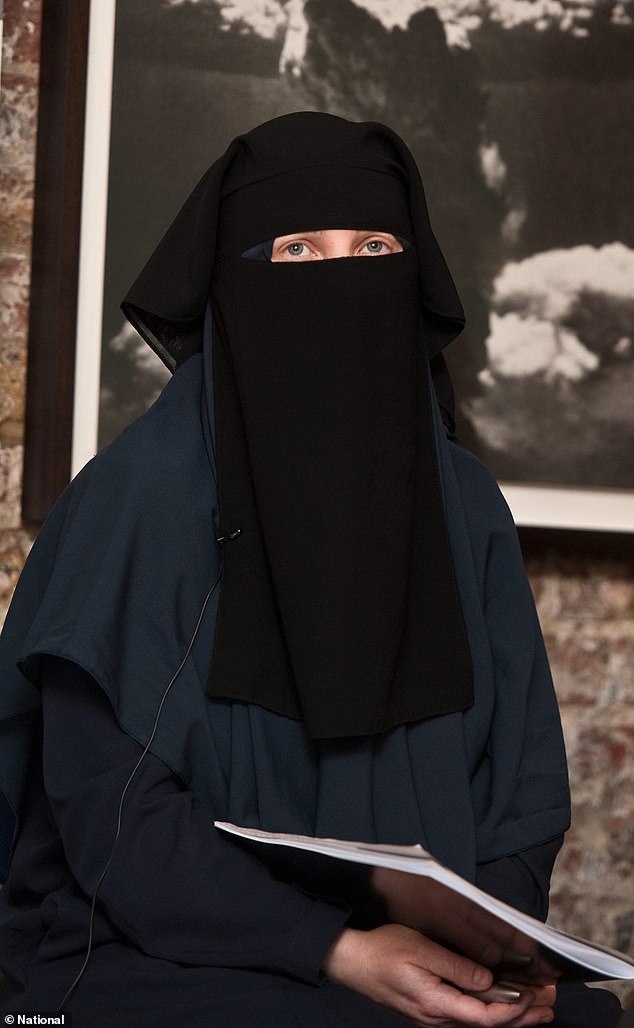 In 2011, Sylvie Beghal was questioned by the police on her arrival at East Midlands Airport. Officers used powers contained in the Terrorism Act, but the ECHR ruled that his right to privacy had been violated

Three would-be clandestine bombers whose bombs failed to explode weeks after the deadly bombings on July 7, 2005 have sued the UK government, claiming their sentences were unfair because they were not given legal advice quickly enough .

Fortunately, their cases fell through, but the ECHR ruled that a fourth man who aided one of the suicide bombers and withheld information from police should have been offered a lawyer when he began incriminating himself. The result? He received €16,000 in compensation.

In 2011, Sylvie Beghal was questioned by the police on her arrival at East Midlands Airport. Officers used powers contained in the Terrorism Act, which allows members of the public to be questioned even if there is no evidence to suspect them of wrongdoing.

Beghal refused to answer questions and later pleaded guilty to failing to cooperate with police. Then she challenged the powers of the police under the Terrorism Act, all the way to the Supreme Court, which ruled that her human rights had not been violated.

The ECHR, however, ruled that his right to privacy had been violated – all because he was asked a few questions at an airport.